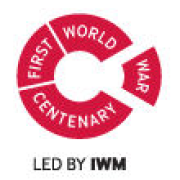 A talk by Dr Liam Harte (Department of English, American Studies and Creative Writing) - part of the School of Arts, Languages and Cultures open lecture series "The Different Faces of WW1".

This lecture will examine Sebastian Barry’s acclaimed novel, A Long Long Way (2005), a richly textured and deeply moving account of the experience of young Irishmen in the trenches of the Western Front. Through the story of Private Willie Dunne and his colleagues, Barry seeks to honour the contribution to the Allied cause of southern Catholic Irishmen during the First World War, many of whom enlisted in the British Army in the belief that their actions would yield the dividend of Irish self-government when the war ended. As such, the novel addresses a controversial aspect of modern Irish history and represents a notable intervention in debates about the politics of remembrance in contemporary Ireland. This talk will critically explore the political agenda behind the rhetorical strategies Barry uses to solicit the reader’s sympathy for his innocent heroes, who are portrayed as angels of history in the midst of diabolical grand carnage.