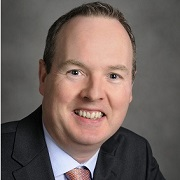 By Dr Gerard Toal, Director, Government & International Affairs, Virginia Tech, United States This talk reviews key image events in Ukraine in 2014 -- the Maidan protests and flight of Yanukovich, the annexation of Crimea, the downing of MH17 -- and presents a preliminary analysis of the results of a large public opinion project conducted in December 2014. This talk will first review the structural characteristics of post-Soviet space from a critical geopolitical perspective. It then examines two geopolitical imaginaries that have been particularly important on the ground among pro-Russian forces in the Ukraine crisis: Russkii Mir (the Russian world) and Novorossiya (New Russia). The talk then presents survey data on the degree to which both notions resonate within the populations and territories imagined. Survey results point to significant differences between the imagined and actual population and territory of southeast Ukraine.