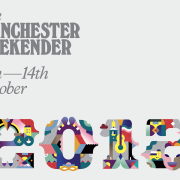 1.30-2.30pm. The story of three types of canine associated with Manchester and its region: street dogs, Manchester terriers and the Lyme Hall mastiffs.

In the nineteenth century the city was the rabies capital of the country because of the sheer number and condition of the curs that roamed the streets. Drastic measures were enacted to control the menace and those bitten turned to local herbalists rather than the medical profession who regarded the human form of the disease – hydrophobia – as untreatable.

The Manchester terrier was, allegedly, the creation of John Hulme, bringing together the ratting skills of the terrier and the speed of the whippet, though the dog was first known as ‘the Black and Tan’. The breed was famous for providing Queen Victoria’s Royal ratter – Jack Black, but also infamous because of the many disputes within the dog fancy over its form.

At the end of the nineteenth century, the Lyme Hall mastiff was one of the largest breeds in the country and its history could traced to fifteenth century. Some mastiff fanciers regarded it as having ‘the purest and most valuable strain of mastiff blood in the kingdom’, though others said it had become degenerate due to inbreeding. We will never know who was right, as in 1914 the dogs remaining at Lyme Park were all destroyed as being too expensive to keep when the country was at war.

The talk is given by Professor Michael Worboys from The University of Manchester.