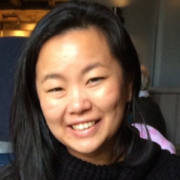 Imprecise Numbers : Managerial and Experiental Knowledge in a Japanese NGO in Myanmar In 2010, the Japanese director of an agricultural training centre in Myanmar ran by a Shinto-based Japanese NGO introduced changes to the centre's accounting and management systems. Whereas previously the Burmese staff members often bought raw materials and sold agricultural products to nearby villagers on informal forms of credit, for example, they now had to make sure that all moneys were accounted for. This paper explores this moment of transition, when an NGO was shifting toward a managerial system. I examine this process of change as it happened around the precision of numbers across the organisation, from the Tokyo headquarters to the Myanmar project site. In particular, I focus on the generational dynamics and implications of managerial knowledge seemingly replacing experiential knowledge in the eyes of the NGO's aid workers. By describing how Burmese and Japanese staff members variously struggled with, adapted to, and bypassed the new managerial order of precision, I argue that the making of managerial and audit-able subjects in development organisations is not a given fact, but a constant process and a means for understanding the politics of different knowledge paradigms.