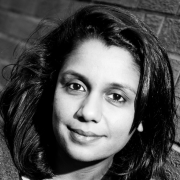 The social life of rumors: uncertainty in everyday encounters between the military, Taliban and tribal Pashtun in Pakistan

In the aftermath of 9/11, with the U.S.-led invasion of Afghanistan, the Federally Administered Tribal Areas (FATA) in Pakistan have been the site of immense violence and destruction, including U.S. drone attacks, ground military operations by the Pakistan Army and retaliatory attacks by different factions of Taliban fighters. Using uncertainty as an analytic and ethnographic concept, this article focuses on the rumors, conspiracy theories and stories that float around this violence, amongst tribal Pashtun who have migrated to cities. I argue that, in a time of uncertainty, rumors and conspiracies do not have single effect. Following the social life of such forms as they circulate amongst tribal Pa shtun groups, I show how rumors simultaneously breed fear and confusion, help forge intimacy, and provide certainty and coherence. Moreover, I highlight how rumors allow tribal Pashtuns to critique the powerful, in this case the Pakistan army and the Taliban, but also mystify and obscure connections between them. Rather than subvert power relations, I suggest that rumors provide the means through which tribal Pashtuns live and make their way in a social world fused with uncertainty.