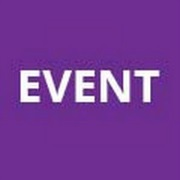 The Universal Declaration of Human Rights was signed on 10 December 1948. Described as ‘the foremost statement of the rights and freedoms of all human beings’, the Declaration is based on dignity, equality and fairness. It consists of an introduction and 30 ‘Articles’ that set out the obligations of Member States, and the range of rights and freedoms to which everyone, everywhere in the world, is entitled.

To celebrate 70 years of the Universal Declaration of Human Rights the United Nations have run a yearlong campaign considering how we all #StandUp4HumanRights.

Historically, Manchester has been at the forefront of campaigning for change and protecting human rights locally, nationally and internationally.

We campaigned for universal suffrage at Peterloo and specifically for women’s suffrage through Emmeline Pankhurst and the Women’s Social and Political Union, the Rochdale Pioneers launched the first cooperative store, a revolution which spread worldwide, the Trades Union Congress (TUC) was founded in Manchester to instigate and protect worker’s rights and Greater Manchester and Lancashire mill workers took a principled stand against slavery by refusing to touch raw cotton picked by US slaves.

When the NHS was founded 70 years ago the first hospital was here and Manchester formed the foundation of what became the gay rights movement, hosted the first Gay Pride event and is still the headquarters for the LGBT Foundation and Sparkle, the National Transgender Charity.

Article three of the declaration of human rights states that ‘Everyone has the right to life, liberty and security of person’. At a time when violence seems to be rising across the globe and tolerance seems to be diminishing, we are considering how Greater Manchester is standing up for human rights through the life course and actions of the people who live here.

In the aftermath of atrocities which seemed particularly focused on our young people, including child sexual exploitation and the bombing of Manchester Arena, we are looking at what steps are being taken to protect and empower the diverse people of the city through initiatives often led by young people themselves.

Join us on Monday, 12 November 2018 for a spoken word performance from 'Young Identity', an audience with the United Nations Deputy High Commissioner for Human Rights and to hear about the initiatives across Greater Manchester which are #Standing up for Human Rights.

Everyone is welcome to attend and attendance is free, but please register for your place on Eventbrite at https://bit.ly/2ylczy2

Speak Up! Stand Up!