Post-Yugoslav Spaces Through the Postcolonial Prism 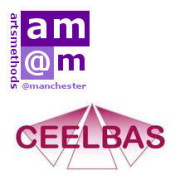 This event is intended to foster new interdisciplinary research networks of advanced PhD students and early career researchers dealing with post-Yugoslav spaces. The main aim is to promote the professional development of postgraduate students through a discussion about the implications of using insights and analytical approaches from postcolonial studies to researching post-Yugoslav spaces.

These early experiences of marginality and subalternity both influenced and gave way to more recent political, social and cultural developments which took place in these areas: the rise and development of nineteenth-century nationalist ideologies (Serbian, Croatian, South-Yugoslav, etc.) and a nation-state (Serbian), the experiences of the ‘three Yugoslavias’ (Ramet 2006), and the most recent ‘post-Socialist’ (‘post-Communist’) period, which saw the formation of a series of new nations and nation-states. This workshop aims to explore the influences, legacies and present day dynamics of marginality and subalternity, but also, possibly, colonialism, in areas nowadays defined as post-Yugoslav space(s). We welcome topics dealing with various aspects of political, social, historical and cultural developments and phenomena of this area, from the early modern period to the present times.

By testing and challenging the possibilities of applying the post-colonial framework in researching the post-Yugoslav spaces, this workshop not only contributes to some on-going debates, such as intersections between post-colonialism and nationalism(s), or relations between ‘post-colonial’ and ‘post-socialist’ / ‘post-communist’, but it also aims to suggest some new methodological avenues for future work.