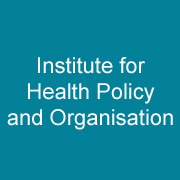 This event is postponed to the 20/21 academic year, date tbc soon.

on topic “Influence beyond authority: a narrative study of politics and political skill in the implementation of strategic health system change"

Seminar is free to attend and registration is encouraged.

Influence beyond authority: a narrative study of politics and political skill in the implementation of strategic health system change

The informal ‘politics and power’ of healthcare organisation are widely recognised as complicating the implementation of strategic change. Yet, these issues have received far less direct attention when compared to other contextual, organisational, cultural or team factors. It is also the case that these terms are often loosely defined with limited theoretical or empirical grounding. Research in other industries offers a more developed understanding of the influence of ‘organisational politics’ in relation to strategic change, whilst also suggesting the leaders of change need to develop and use forms of ‘political skill’ to navigate these issues. With growing calls for transformational ‘system leadership’ within health and care services, where actors often need to use informal influence in the absence of, or alongside side, formal authority, organisational politics and political skill are identified as key issues for empirical and theoretical attention. This study investigated how health and care leaders experience and understand ‘organisational politics’ in the context of implementing organisational change; and also describe their acquisition, use and contribution of ‘political skill’ to navigate these issues in the implementation of strategic change.

A narrative methodological approach was taken to explore participants’ experiences and understandings of organisational politics in the context of their career biographies, specific change agendas, and wider social and cultural influences. Semi-structured narrative interviews (n=70) were carried out with a purposive sample of health and care leaders with the intention of gathering data from people working in different care settings, in different strategic and operational arenas, and at different career stages.

Interpretative narrative analysis focused on three themes. The first related to the prominent ‘controversies’ around which informal politics centred. This appeared to vary in scale and significance from inter-personal disagreements and team-work dynamics, pre-existing or changed work processes, resources constraints, system pressures and demands, and formal politics and regulation. The second related to participants’ understanding of the particular ‘political field’ that developed around these controversies, including the main ‘protagonists’ and ‘agendas’. This theme brought to light the different positions taken by occupational and organisational groups to promote, resist, subvert or capture change processes in an effort to control resources, shape the work of others and maximise their influence. The third relates to the ‘skills and strategies’ used by different protagonists to manage the political field related, for example to the development of networks, use of evidence and experts, control of resources and forms of persuasion and negotiation. Significantly, the study found that over the course of participants’ career these issues varied in exposure and significance, including as they moved between grades and organisations. The study provides novel empirical understanding of the dynamics of organisational politics and political skill which can shape the organisation and delivery of services in ways that go beyond more obvious and negative forms of conflict or resistance. The study develops insights about the skills and strategies need for formulating and implementing organisational change in terms political awareness, network building, use of evidence and personal reflection.

Justin's primary interest is to understand how new organisational forms and processes interact with institutionalised professional practices, cultures and identitites; and how such institutional influences can both stimulate or stymie reform. He is interested in the application of social theory to different social, cultural and organisational contexts, as a means of both explaining social phenomena and extending theoretical rigour. The conceptual and theoretical foundations of his work involves making connections between medical and organisational sociology, sociology of the professions and public services management. He specialises in the use of ethnographic and mixed method research techniques.