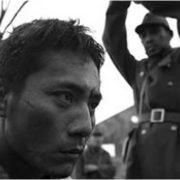 What do Lu Chuan’s recent blockbuster Nanjing! Nanjing!, Zhang Xiaogang’s Bloodline series of paintings, and Wang Anyi’s literary meditations on Old Shanghai have in common? Apart from the fact that they are amongst China’s most marketable cultural products in recent years, all three belong to a particular category of aesthetic object. This category is the photo-form, by which I mean literature, cinema, painting, sculpture, art installations, video games, graphic art, and online fora which copy, cannibalize, re-constitute, or re-create well-known historical photographs from China’s modern history. The photo-form, I will argue in this talk, is an object on the rise, and on a mission. Grafting historical photographs onto different material substrates (codex, celluloid, digital matter, canvas, clay, bronze, even ash), the transmedial photo-form in its various guises is creating new prisms and platforms for visualizing China’s past. From the Nanjing Massacre to the Cultural Revolution to the destruction of the built environment in China’s major cities, memories of major events in modern Chinese history are increasingly being mediated through image-works of this kind. Indeed, these texts and artefacts are best understood as memory-makers, or even memory-fakers: they help to seed and grow remembrance of the past for present-day spectators far divided by space and time from the events these image-works represent. In this talk, I will unpick the process whereby photo-forms implant memories within the consciousness of the later-born, using Xu Weixin’s series of photo-paintings, Chinese Chinese Historical Figures 1966-76, as a case study. The talk will conclude by suggesting that photo-forms such as these are ultimately “numinous objects”: works that can carve open a channel of spiritual communion between spectators today and the people and places of the past.