Symposium on Fraser MacBride's On the Genealogy of Universals 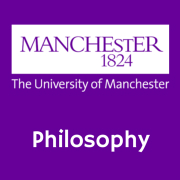 Everyone is welcome and attendance is free.

Abstract of On the Genealogy of Universals: The concepts of particular and universal have grown so familiar that their significance has become difficult to discern, like coins that have been passed back and forth too many times, worn smooth so their values can no longer be read. On the Genealogy of Universals seeks to overcome our sense of overfamiliarity with these concepts by providing a case study of their evolution during the late nineteenth century and early twentieth century, a study that shows how the history of these concepts is bound up with the origins and development of analytic philosophy itself. Understanding how these concepts were taken up, transfigured, and given up by the early analytic philosophers, enables us to recover and reanimate the debate amongst them that otherwise remains Delphic. This book begins from the early, originating texts of analytic philosophy that have hitherto baffled commentators, including Moore’s early papers, and engages afresh with the neglected contributions of philosophical figures that historians of analytic philosophy have mostly since forgotten, including Stout and Whitehead. This sheds new light upon the relationships of Moore to Russell, Russell to Wittgenstein, and Wittgenstein to Ramsey.