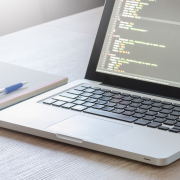 The next HeRC seminar will be on Thursday 29th November at 2pm. The speaker will be Professor Richard Riley from the Centre for Prognosis Research at Keele University; the title and abstract of Richard’s talk are given below.

Sample size requirements for developing a multivariable clinical prediction model Funders such as NIHR receive many grant applications aiming to develop prognostic models and clinical prediction tools. Such applications should ensure the sample size of the proposed study is appropriate. Current sample size calculations are based on “rules of thumb”, such as at least 10 events per predictor variable. In this talk I will show that such rules of thumb are too simplistic, and propose a more scientific approach based on minimising the expected overfitting (optimism) during model development. Our proposal can be applied for prediction models to be developed using regression, such as linear, logistic and Cox regression. It requires researchers to pre-specify the model’s anticipated proportion of variance explained (R^2); therefore, I also show how to identify realistic values of R^2 based on published information. Other criteria are also emphasised, such as ensuring the minimum sample size is large enough to estimate the overall risk precisely. Real examples of diagnostic and prognostic models will be used to illustrate the concepts, and the talk is intended for a wide audience.

This event is free to attend and does not require booking.

Biography: Richard Riley is a Professor of Biostatistics at Keele University, having previous held posts at the Universities of Birmingham, Liverpool and Leicester. He joined Keele in October 2014 and his role focuses on statistical and methodological research for prognosis and meta-analysis, whilst supporting clinical projects in these areas. He is also a Statistics Editor for the BMJ and a co-convenor of the Cochrane Prognosis Methods Group. Richard co-leads a summer school in Prognosis Research Methods, and leads a number of statistical training courses for risk prediction and meta-analysis (see 'courses').