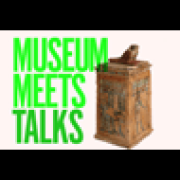 1.05-2pm. Join Colin Hughes as he explores this ancient Chinese health and martial art and its influences from the Animal Kingdom. Expect to try some gentle Tai Chi moves as Colin explains how animals as diverse as a silkworm, snake, squid and stork, bear, tiger and dragon have influenced how Tai Chi has developed, and is now practiced primarily as an exercise for health. Ancient masters observed how animals moved and mimicked aspects of their form and movement as they developed the graceful exercise and fighting forms that we now know as Tai Chi.