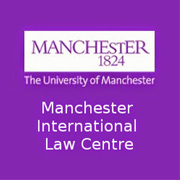 The Annual Lectures concentrate on international economic law and aim to commemorate the legacy of the first woman to be appointed professor in law in mainland Britain, Professor Gillian White.

After having worked as research assistant to Sir Elihu Lauterpacht at the University of Cambridge from 1961 to 1967, Gillian White moved to the University of Manchester where she worked until her retirement in 1991. Among many other academic achievements, she launched the Melland Schill Studies in International Law monograph series published by the Manchester University Press. At a time when the number of women academics was only a few, in 1975 she became the first woman international law professor in the UK.

This year's lecture will be delivered by Andrea K. Bjorklund, Professor of Law at McGill University, Montreal, Canada, on The Dispute Settlement Minuet Between Trade and Investment

Trade and investment law seem to be an oddly inverse relationship when it comes to preferred modes of dispute settlement. In the trade law realm, the survival of the “crown jewel” of the WTO – its Dispute Settlement Body is uncertain. The appellate body has recently come in for special opprobrium. Arbitration is one of the suggested alternatives should existing dispute settlement procedures cease to function. In the investment law sphere, arbitration is apparently more and more disfavoured, and the preferred alternative is: some kind of standing body with the pièce de résistance – an appellate body – at its apex. Why are these two regimes asynchronous? Can the successes enjoyed by the WTO appellate body in its early days be successfully transferred to the investment sphere? What are the pitfalls that an investment appellate body should avoid?

Andrea K. Bjorklund is the L. Yves Fortier Chair in International Arbitration and International Commercial Law at McGill University Faculty of Law. She is an adviser to the American Law Institute’s project on restating the U.S. law of international commercial arbitration. She is also a member of the Advisory Board of the Investment Treaty Forum of the British Institute for International and Comparative Law.

The lecture will be followed by a reception in the foyer of the Roscoe Building, to which all attendees are invited