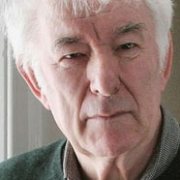 CNW presents a rare opportunity to hear the Nobel Laureate speak about his life and work. Seamus Heaney was born in County Derry in Northern Ireland. Death of a Naturalist, his first collection of poems, appeared in 1966 and since then he has published poetry, criticism and translations - including Beowulf (1999) - which have established him as one of the leading poets now at work. In 1995 he was awarded the Nobel Prize in Literature. District and Circle (2006) was awarded the T. S. Eliot Prize in 2006. Stepping Stones, a book of interviews conducted by Dennis O'Driscoll, appeared in 2008. In 2009 he received the David Cohen Prize for Literature. This reading celebrates the launch of Heaney’s twelfth collection of poems Human Chain.