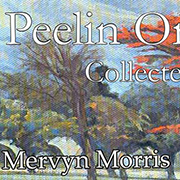 On a rare visit to the UK, one of the most distinguished literary voices of the Caribbean, Mervyn Morris, celebrates the launch of his new collection Peelin Orange (Carcanet Press), his 80th birthday, and the final few months of his tenure as Jamaican Poet Laureate, with a reading at The John Rylands Library in Manchester, introduced by National Poet for Scotland Jackie Kay.

Peelin Orange: The Collected Poems of Mervyn Morris represents half a century of carefully crafted invention and re-invention as Morris mixes a range of Englishes – from the Standard to Jamaican Creole - and poetic forms, whilst moving between the local and the universal, the humorous and the deadly serious. As fellow writer Andrew Salkey noted, in his poetry Mervyn Morris is ‘an engraver in short, sharp slashes that go deep’.

This event has been funded and supported by Speaking Volumes, the Centre for New Writing at The University of Manchester and The John Rylands Library