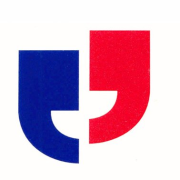 This is a support group for people who stammer. Room bookings and other organisational aspects are handled by Max Gattie, an ESRC-funded PhD student researching stammering at the University of Manchester. The group has existed at various locations in Manchester City Centre since 2008. There is no formal hierarchy to the group – all members and visitors are encouraged to contribute to the group's development and activities.

The group is not open to children, We will normally require all attendees to be over 16 years of age, although we may allow teenagers to visit with a parent or guardian.

The group will discuss stammering, and take part in group therapy exercises. Some examples of these exercises are:

We organised the 2016 British Stammering Association conference, held at Hulme Hall at the University of Manchester. The conference was attended by 150 people, and the keynote speaker was former shadow chancellor Ed Balls. FAQs

What are my public transport options for getting to and from the event? The nearest train station is Manchester Oxford Road. From there, the venue is a 10 minute walk (or 15 minutes at a comfortable pace). The route is well served by buses – most buses heading away from the city centre, along Oxford Road, will stop outside the venue. You should exit Oxford Road station, and look for the clock tower of "The Principal" hotel directly ahead of you. Head right and go down the big set of steps, then cross the road to the bus stop under the bridge and the clocktower. The Magic Bus, and several operated by First, cost £2. Don't expect to wait more than a minute for a bus to come :-)

You might come into Manchester Piccadilly. If so, the 147 offers a direct route. Head out of Piccadilly down the escalators. Continue heading straight out of the doors, across the taxi rank and towards a bus stop directly ahead of you. Cross the road to the bus stop on the other side. The 147 stops under the bridge. If you're having difficulty finding the stop, ask people where the "Star and Garter" pub is – the bus stop is nearby. The 147 runs every 10 minutes, and costs 80p.

You might come into Manchester Victoria. If so, there may be a direct bus from the station, but I don't know the number - let me know if you find out! I'm fairly sure there is a direct bus from Shudehill Interchange. There are definitely direct buses from Piccadilly Gardens. However, these are the same buses which run past Manchester Oxford Road station, which is why it's quicker to come into Manchester Oxford Road station in the first place.

Is there parking? If coming by car, you can usually find free parking on Cecil Street or Acomb Street. Put M15 6GD into your SatNav to find these streets. If there aren't any spaces, you could try the University of Manchester car park at the end of Cecil Street, or the Contact Theatre car park nearby (both around £4). You could also look for free parking further afield, such as the Science Park or on Burlington Street.