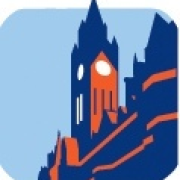 The Roman Manchester tour explores some of the fascinating discoveries from excavations in Roman Manchester including pottery, jewellery, inscriptions and the internationally famous Manchester word-square, which may the earliest evidence of Christianity in northern Britain. Christians were persecuted by the Roman authorities at different times and had to hide their religious beliefs. You will find out how the letters of the word-square inscription can be rearranged to create part of the Lord’s prayer in Latin. You will also find out how the bones of mice found in a large Roman pot can tell us about what the environment was like in Manchester two thousand years ago and what the soldiers got up to when they went off duty. Some of the exhibits lent by Manchester Art Gallery and Salford Museum and Art Gallery are displayed here for the first time in many years. As part of the Manchester Histories Festival.