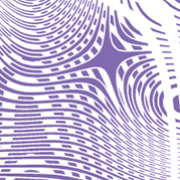 The ESRC Strategic Network Data and Cities as Complex Adaptive Systems (DACAS) is hosting its third event, the international summer school Understanding Urban Transformations through Data. The aim of DACAS is to promote an interdisciplinary complexity science approach to the study of urban data and the links between soft and hard systems as the basis for the development of innovative technological applications. Juval Portugali will deliver a public keynote as part of the summer school:

Complexity, cognition, information and the city

The last decades have witnessed the emergence of CTC (complexity theories of cities) – a domain of research that applies the various complexity theories developed with respect to natural complex systems to the study of cities 1. While CTC have added important insight into our understanding of cities, they also entail a dual dilemma: Firstly, human beings, the parts of cities, fundamentally differ from the parts of natural complex systems. Secondly, unlike natural complex systems, cities are hybrid complex systems composed, partly of artifacts (buildings, roads, etc.) which are essentially simple systems, and human agents which are themselves complex systems. The response to the first dilemma was to add the insight gained in cognitive science about human behavior to the study of cities as complex systems, while to the second, to develop a theoretical approaches capable of modelling the dynamics of hybrid complex systems such as a city. The result of both responses are the notions of SIRN (synergetic inter-representation networks) 1, and IA (information adaptation) 2. In my talk I’ll follow the evolution of ideas from complexity theory to CTC and then to SIRN and IA and the implications thereof to our understanding urban transformations through data.

Juval Portugali, Professor of Human Geography at the Department of Geography and the Human Environment Tel Aviv University. He is the Head of the Environmental Simulation Laboratory (ESLab) and of the Environment, Society and Planning Graduate Program of Tel Aviv University. Juval Portugali received his BA degree from the Hebrew University of Jerusalem, did his MA studies at the Technion Haifa, and received a London University PhD from The London School of Economics and Political sciences. His research integrates complexity and self-organization theories, environmental-spatial cognition, urban dynamics and planning in modern and ancient periods. His publications include more than 70 research articles and 16 scientific books, among them the following:

Places are limited and booking well in advance is advised: http://goo.gl/jC8CnL