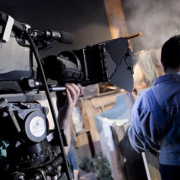 How has the politics of racial representation changed in the past thirty years? Professor Herman Gray (UC Santa Cruz), author of Watching Race: Television and the Sign of Blackness (2004, Minnesota) and Cultural Moves: Culture, Identity and the Politics of Representation (2005, California) will discuss the prospects and limits of representation, in light of changing political commitments to visibility and representation as routes to social equity.

Joining him in conversation will be Dr Anamik Saha (Goldsmiths), author of Race and the Cultural Industries (2017, Polity) and Race, Culture and Media (2021, SAGE). Gray and Saha will consider what the limits of racial representation mean for media studies, industrial responses, and activist mobilisation.

In particular, they will address the shifting conditions of production and distribution engendered by digital platforms. The conversation will be transnational in its scope, touching on the complexities of global financing partnerships, Black diasporic alliances, and white racial grievances. Equally, it will consider the particularities of the UK policy context whilst situating it in global and comparative perspective.