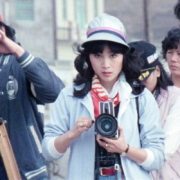 Webinar: Taiwanese director Hou Hsiao-hsien rose to global fame in the mid 1980s with his films that were associated with the artistic movement of Taiwan New Cinema, such as A Time to Live, A Time to Die (1985), Dust in the Wind (1986). But before Hou became one of the global art cinema masters, he had his root in the Taiwanese film industry, screenwriting and directing a number of popular, commercial films featuring catchy theme songs and starring pop icons from Taiwan and Hong Kong. Because of their seeming disjuncture from Hou’s privileged aesthetic on both thematic and stylistic fronts, Hou’s films before the New Cinema period, including Cute Girl (1980), Cheerful Wind (1981), and The Green, Green Grass of Home (1982), have often been overlooked when critics evaluate Hou’s artistic trajectory and achievement. Emphasizing continuity rather than dissonance, this event seeks to rethink the relation between Hou’s pre- and post-New Cinema films through a discussion of Cheerful Wind. Topics we will cover include the film’s engagement with the city/country division, the romance genre, and stardom.

Participants are invited to view the film in advance, which is available through DVD and various streaming services, including the online platform offered by Taiwan Film Festival Edinburgh this year. Links to watch the film are included on both the MCI events webpage and the Eventbrite registration page.

Biography: Pao-chen Tang joined the University of Manchester in 2020 after receiving a joint PhD in Cinema and Media Studies & East Asian Languages and Civilizations at the University of Chicago. His work focuses on the intersection between film aesthetics and ecopolitics. He has written extensively on questions of the nonhuman in reciprocity with ethics, and with filmmaking (as well as other forms of audiovisual representation). The topics of his published articles cover a theorization of the puzzling prescene of dogs (and hot dogs) in early cinema and beyond; digital snow that swoops around characters in martial arts cinema; environmentalist visions in contemporary Chinese art and video; and an interdisciplinary dialogue between cinema studies and animal studies.