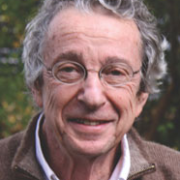 Flesh and Blood won the National Book Critics Circle Prize in 1987, Repair was awarded the 2000 Pulitzer Prize, and The Singing won the National Book Award for 2003. He has also been awarded the Ruth Lilly Poetry Prize, the PEN Voelker Career Achievement Award in Poetry for 1998; a Guggenheim Fellowship, two NEA grants, the Berlin Prize of the American Academy in Berlin, a Lila Wallace Fellowship, and prizes from PEN and the American Academy of Arts and Letters.