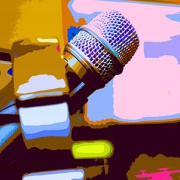 This multidisciplinary online workshop explores how rap and black youth culture is monitored, policed and (mis)used as criminal evidence.

Rap is a leading youth cultural form in the UK—hugely popular with young people, fostered in educational settings, and promoted through the music industry and corporate sponsorship deals. Yet, it is also vilified by the state: demonised, policed and increasingly used as prosecution evidence against its predominantly young Black makers.

This virtual workshop brings together scholars from a range of disciplines to explore the criminalisation of rap and wider black youth expressive culture in the UK—and, comparatively, the US. It stands as part of raised public concern about the procedural unfairness and racist properties of Prosecuting Rap and how it fuels the alarming overrepresentation of young Black people in the criminal justice system.