The Importance of the Moon: Past, Present, and Future. With Dr Jim Green, NASA Chief Scientist 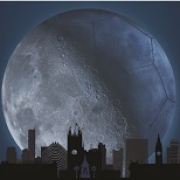 Join the Earth and Solar System team, the Royal Astronomical Society and the organising committee of the European Lunar Symposium for an exciting talk about the Moon with Dr Jim Green, NASA’s Chief Scientist:

The Importance of the Moon: Past, Present, and Future.

Scientists believe that the Moon was formed out of a collision between the Earth with a Mars sized planet named Theia at a very early stage of the development of the solar system. From then on, the Earth and the Moon’s evolution have been intertwined. The Moon has kept the Earth’s rotational axis pointing in the same direction providing a significant level of stability for the Earth’s climate. Today, the Moon holds many fascinating mysteries for scientists to explore. Scientifically there has been a number of stunning advances in lunar science and a realization that going back to the Moon will provide scientists with the opportunity to accomplish transformational science in understanding the origin and evolution of our solar system. NASA’s future plan is to go to the Moon to stay and then onto Mars.