Cancelled - "Why are you doing that for?" Modelling causal interrogative variation in Multicultural London English 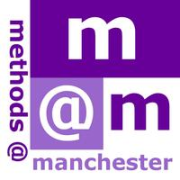 In this talk we present preliminary results from a case study of morphosyntactic variation in Multicultural London English (MLE)---research that is being conducted as part of QMUL’s AThEME grant. Specifically, our case study concerns modelling variation in the causal interrogative system of MLE, where we find four interchangeable alternatives: (i) why, as in “Why are you doing that?”, (ii) what…for, as in What are you doing that for?, (iii) how come, as in How come you are doing that?, and (iv) why…for, as in Why are you doing that for?. This last-mentioned variant is of central empirical and theoretical interest, as we initially suspected that it might be an innovation driven by multicultural factors.

Using techniques from machine learning—conditional inference trees and random forests—we show that why…for is separable from why by several influential linguistic predictors: ClauseType (matrix clauses favour why…for), SubjectPerson (second person subjects favour why…for), ProgressiveAspect (progressive verbs favour why…for), FinalInTurn (if the interrogative’s gap is turn final, why…for is stimulated), and LinearDistance (the shorter the clause, the more likely why…for is to occur). Negation exhibits a categorical effect, with why…for available only in sentences with positive polarity. Surprisingly, social features do not appear to be relevant. We show further that what…for is separable from why by similar factors, whereas how come patterns rather differently.

We subsequently address whether and to what extent why…for is actually a morphosyntactic innovation of MLE, by comparing its use in other corpora. Contrary to our expectations, we find that the variant is also robustly attested in Havering, a non-multicultural borough of outer city London. We also find several instances of why…for in an older corpus of British English, the BNC, suggesting that the form is not new, but has been available as a variant of why since at least the late 1980s.

This seminar is presented by James Brookes (Queen Mary University of London).