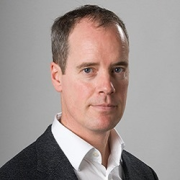 ‘That’s all very well in practice, but what about in theory’: assessing the Irish Constitutional Convention of 2012-14

Join the distinguished Professor of Politics, Professor David Farrell, University College Dublin for his assessment of the Irish Constitutional Convention of 2012-14.

The convention, established in in late 2012 by the Irish government, is according to Professor Farrell, one that was like no other seen before on the island of Ireland – and is unique by international standards.

This was because at the heart of its membership were 66 citizens selected at random from the wider population. And unlike the Canadian and Dutch citizens’ assemblies that had also included ordinary citizens, in the Irish case the citizens were joined by 33 members of parliament.

The 100-member body, the 100th member being an independent chair, met over a 14-month period producing a wide number of recommendations, one of which was that a referendum should be held to allow gay marriage in Ireland.

With the passing of that referendum in May 2015 the Irish Constitutional Convention (ICC) became the world’s first deliberative forum to result in a successful constitutional reform.

Professor Farrell will ask: While the ICC marks a clear success story for deliberation in practice the issue to be considered is how to assess it more generally: how does it compare with other approaches to constitutional reform? How well did it meet deliberative principles? And what did its members think of the experience?