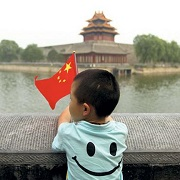 The so-called one-child policy, introduced in 1979 and gradually phased out since 2015, is known as one of China’s most radical population policies in recent history. It is also well known that the state under the policy organised a nationwide family planning campaign. What is less known, however, is its international dimension. In this talk, Dr Aya Homei (University of Manchester) will describe that the policy also mobilised interactions between Chinese and Japanese health officials and grassroots health activists, which ultimately promoted a certain kind of family planning initiative that went beyond the purview of population control. She will explain these interactions in terms of a broader political and cultural context of China-Japan relations in the 1980s, with a focus primarily on how the Japanese interpreted the Chinese family planning campaign.