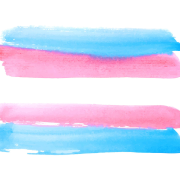 Part of a broader project on trans healthcare and creativity, this event will explore the possible futures of trans healthcare provision in the UK. Join us for a roundtable discussion with guest contributors from a range of organisations, networks, and creative practices, including Shash Appan (Trans Aid Cymru, Trans Safety Network), Nico Dhillon (Community Organising Coordinator, LGBT Foundation), Yvy DeLuca (writer, performer and activist, and author of Tainted Beauty), Jack Tielemans (trans programmer at The Proud Trust), and Jordan Osserman (University of Essex/'Waiting Times' project).

Read about our speakers:

I’m Shash Appan! I’m an Indian trans woman who happens to be good at talking to people about trans and race and especially on how that intersects! I also talk about my experiences in navigating society as a disabled, trans and brown and how that informs my politics and work I do. I’m a co-founder of and volunteer a lot of my time to running Trans Aid Cymru, a mutual aid organisation for the trans people in Wales. We provide grants, a meal share and other services in order to help our community. I am also a part of the Trans Safety Network where we publish articles on transphobia and transphobic groups to better equip our community and inform the public.

Nico Dhillon (they/them) is a smiley non-binary who has been a part of the LGBTQ+ community in Greater" Manchester for nearly 10 years. With experience as an attendee, volunteer and professional in both the public and charity sector they are currently the Community Organising Coordinator at LGBT Foundation. As Community Organising Coordinator they support community organisers and fledgling activists in accessing the tools, knowledge and resources they need to make changes in their community. This practice is all about helping people to develop their collective power to act together for the common good of the whole community. If you want to find out more about the programme, have a chat with Nico on the day or email nico.dhillon@lgbt.foundation.

Yvy DeLuca is a South Asian trans writer, performer and activist. She is the author of Tainted Beauty – The Memoir of an Authentic Creation, which tells her story of being a trans woman of colour, and her experiences with transitioning in the late 90s and early 00s. Tainted Beauty is an honest and raw account of what her life was like and how she navigated through relationships, family, acceptance and living her truth. Yvy is also known as The BollyWitch, as drag artist that combines Bollywood culture and being a practicing witch to create a horror style of drag that incorporates her cultural background. Her work as an author and writer has been featured around the world, with her book being sold at Waterstones, Barnes & Noble and met with positive reviews. As an artist, Yvy has performed live and digitally around the world, and has created her own POC led cabaret, called A-POC-ALYPSE CABARET, that platforms queer artists of colour. Yvy has featured in a number of media outlets, including the BBC Documentary ‘Womanhood’ and recently on Newsnight, and spoke on a range of topics that highlights trans issues and advocating for queer rights.

Jack Tielemans is the trans programme manager at The Proud Trust, an organisation that supports LGBT+ young people, where he has worked on projects such as the animated film Incoming Transmissions and the trans and non-binary young people's writing competition TranScriptions. He is passionate about giving young trans and non-binary people spaces to express their whole selves.

Jordan Osserman is a Lecturer in the Department of Psychosocial and Psychoanalytic Studies at the University of Essex, UK, and a psychoanalyst in formation. He is a member of the Wellcome trust funded Waiting Times project, which is exploring the relationship between time and healthcare. His own research on this project involves an ethnographic study of the role that time plays in the UK's only publicly funded clinic for children facing questions related to their gender identity. This research informed a recent special issue he co-edited with the journal Psychoanalytic Study of the Child on trans kids. Jordan’s book Circumcision on the Couch: On the Cultural, Psychological and Gendered Dimensions of the World’s Oldest Surgery was published with Bloomsbury this year.

This event is accompanied by a writing workshop for trans, non-binary, and gender non-conforming writers and those interested in writing, which will take place on Friday 10 June at 6pm. Further details TBC.