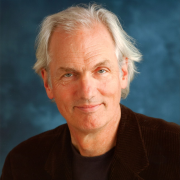 Everyday Ethics and the Possibility of Critique

Critique is an assertion of values pitted against a state of affairs. To say that things should not be the way they are--to respond to questions such as ‘Why do I think this political or economic arrangement is wrong (and why should I care?’) implies an ethical stance. Critique thus draws together fact and value, domains that a long tradition of moral thought has argued exist on distinct planes. For there are dimensions of political life that are incomprehensible without this conjunction between ethical motivations and social realities. But if they are to have political consequences, such questions cannot be confined to private introspection. Scale matters. This talk looks at the articulation between everyday interactions and social movements to show the interplay among the first, second, and third person stances that characterize ethical life. Drawing ethnographic examples from American feminism and Vietnamese Marxism, it considers some of the ways in which ethical intuitions emerge, consolidate, and change, and argues that objectifications and the reflexivity they facilitate help give ethical life a social history.