Schuster Colloquium - Probing the dielectric constant on the nanoscale: from thin films to DNA and confined water 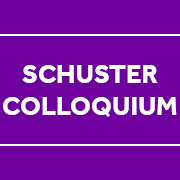 Join us for the February Schuster Colloquium with speaker Dr Laura Fumagalli.

The talk will first review the work of Laura's team in which they developed scanning probe microscopy techniques able to measure for the first time the dielectric constant (or permittivity) on the nanoscale. They applied these techniques to study a variety of bio and non-bio materials - from thin films and nanoparticles to bacteria and macromolecules such as DNA - either in dry or liquid environment. The team's most recent work will then be discussed, in which they addressed the case of the anomalous dielectric constant of water confined near surfaces, a scientific question that has vexed the scientific community for many decades. It was speculated that the dielectric constant of water near surfaces should be different from that of bulk water. This effect has major implications in many disciplines, from physics, geophysics and surface science to chemistry and molecular biology, because water’s dielectric constant directly affects various forces between micro-objects and macromolecules. In turn, those forces define many phenomena around us. Their experiments on water-filled nanochannels made of van der Waals crystals revealed the presence of an interfacial water layer with vanishingly small polarization. The electrically dead layer was found to be two-to-three molecules thick, in good agreement with molecular dynamics calculations. The findings provide much needed feedback for theories describing water-mediated surface interactions, and show a way to investigate the dielectric properties of other fluids and solids under extreme confinement.