The end-Permian mass extinction from a high southern palaeolatitude perspective 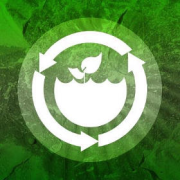 Prof Chris Fielding, University of Nebraska Lincoln, USA, joins us for a Department of Earth and Environmental Sciences seminar. Abstract below.

The dominant view of the continental biosphere at the close of the Permian asserts high concentrations of atmospheric aerosols and CO2 related to eruption of magmas from large igneous provinces, abrupt and severe warming, aridity, extensive loss of vegetation, and consequent changes in depositional systems. Most work on the continental record of the end-Permian mass extinction (EPME) has been carried out in low-paleolatitude locations, hence the extent to which earth surface systems at high paleolatitudes were impacted remains unresolved. We document a multi-disciplinary dataset focused on the relatively continuous paleo-continental margin succession of the Sydney Basin, Australia, constrained by a suite of high-resolution absolute ages from tuffs and relative dating via palynostratigraphy. We identify a complex record of floral extinctions and replacements from the latest Permian to earliest Triassic reflected by plant macro- and microfossil assemblages. We constrain the major turnover in the terrestrial vegetation in the Sydney Basin to ~410 kyrs before the Permo-Triassic Boundary (PTB). Moreover, this floral change occurred ~370 kyrs before the marine extinction interval, concurrent with the onset of the primary extrusion phase of Siberian Trap magmatism. The biotic collapse was decoupled from regional environmental parameters. Specifically, there is insubstantial change in fundamental fluvial style through the Permian–Triassic transition, insignificant reorganization of the depositional surface, no evidence of abrupt aridification, and only transient change in chemical indices of weathering. Fining-upward fluvial cycles of the Permian are typically capped by thick coal beds; in contrast, those of the lowermost Triassic lack coals but are capped by mudrocks retaining abundant organic matter and monotypic phytoplankton assemblages typical of stratified aqueous conditions. Our data suggest that the high southern paleolatitude biota responded to a series of environmental thresholds within a long-term trend of intensifying seasonality from the Lopingian to the Olenekian that were driven by far-field processes. Among these, the influence of Siberian Trap volcanism is implicated by the detection of enhanced nickel concentrations around the continental EPME.