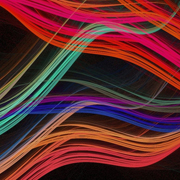 "Study abroad is a time-tested and popular solution for learning language and culture. Unfortunately for those of us studying the past, immersion is no longer an option. My work looks at the precedents for and advantages of creating historical immersive environments using a video game engine. With the Anglo-Norman tale of St. Brendan's Voyage as a setting, our game investigates the research question of representing time and space in way that may allow us to better understand the different perception of these concepts in the pre-Modern era. In addition, we look at the ways that Anglo-Norman can be learned more effectively in context in an immersive environment".

Lynn Ramey is Associate Professor of French at Vanderbilt University, USA. Her research centres on premodern cultural interactions between the Christian and Muslims worlds. She is the author of Black Legacies: “Race” and the European Middle Ages (Gainesville: University Press of Florida, 2014; paperback edn 2016), which investigates at the development of racial consciousness in medieval European literature and the importance of the Middle Ages to modern notions of race. As a former computer programmer, she is fascinated by computing applications for the humanities. She is currently working on a series of video games in Unity that will allow users to play through moments of cultural interaction as medieval travellers encountered other peoples for the first time.