Musicology Forum: Jane Manning Writing for the Voice: The Legacy of “Pierrot” 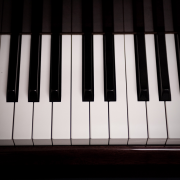 Since the late 1960s, Jane Manning has been one of the most important figures in British musical life. As a singer, she has been involved in the performance and instigation of a range of contemporary music, especially that by modernist composers, including figures such as Pierre Boulez, John Cage and Peter Maxwell Davies.

In this talk, the 'Pierrot Players', an ensemble established by Harrison Birtwistle and Peter Maxwell Davies in the 1960s, occupy an important position. While the ensemble takes it name from the piece 'Pierrot Lunarie' by Arnold Schoenberg, it is perhaps the ensemble formation itself which has had the bigger influence upon composition and performance in the late twentieth century, providing a performance context for many a new work.

In her talk, Manning reflects on her involvement in this rich history, and assesses the double impact of Pierrot. This promises to be a fascinating discussion of the relationship between performance, composition and cultural history.