The Paradoxes of Celebrity Advocacy - The Global Development Seminar Series 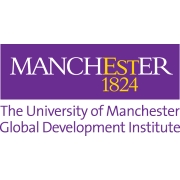 In the last 15 years there has been a sea change in the way in which NGOs, and particularly development NGOs, have interacted with the celebrity industries. Relations between the two have become much more intensive. This talk explores the anatomy of these new interactions to explore some of the paradoxes at work in the representation of development issues and the work of development advocacy. These are, first that celebrity advocacy occupies a significant proportion of the public domain, but does so without always engaging particularly well with much of the public. Celebrity is populist in form, but not always popular in character. Second, that failure to engage the public does not really matter. Celebrity advocacy can be a remarkably effective tool for working with corporate and government elites. Third, it is not just elites who may be deceived as to the nature of celebrities’ influence, in the glare of publicity we, the viewers and consumers of celebrity spectacle, are also blinded. We may think that the publicity is the important aspect of celebrity. But publicity can be a sideshow; what matters goes on behind the scenes.

In this talk I present the evidence for these paradoxes, and explore some of its consequences for international development, and democratic practices. This talk will be of interest to people working on the Geography of Development, and particularly the geography of development NGOs and of the media.

Role: Professor in Conservation and Development

Organisation: IDPM - The University of Manchester