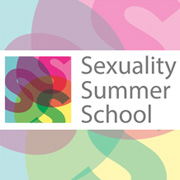 Rather than a forward-looking lesbian representation, Todd Haynes’s Carol, an adaptation by Phyllis Nagy of Patricia Highsmith’s 1952 novel, The Price of Salt, looks to images and affective investments of the past to explore lesbian representability, the historical discourses and aesthetic codes through which desire between women can be recognized. Set in a gray New York and in an American Midwest of diners and roadside motels, Carol inhabits the terrain of what Heather Love calls “feeling backwards,” -- lesbianism is associated with paranoia and unfit motherhood. Its heroine and plot are remarkably sketchy, and a reverie-like quality is captured in the film’s exquisite styling, camerawork, and score. But as an adaption of a novel written “back then” that sustains, rather than (only) punishes, the heroines’ and the reader’s desire, Carol takes intervening histories into account. Haynes and his lesbian collaborators fuse preoccupations from the director’s oeuvre, with its “mise-en-scene of desire” or authorial fantasy derived from the mid-century women’s picture, with Highsmith’s self-inscription to render the rilm’s core seduction fantasy public and present, even hopeful, however retro and dreamy the film looks in our current mediascape.

This is one of a series of public events that accompany the Sexuality Summer School, a five-day event for postgraduates, organized by the Centre for the Study of Sexuality and Culture (CSSC) at the University of Manchester since 2008 and funded by the University of Manchester Faculty of Humanities and Screen, and partnered by Contact, HOME and Manchester Pride. The Sexuality Summer School brings postgraduates, researchers and international scholars together with artists and filmmakers to facilitate dialogue and discussions that speak to contemporary debates in queer and feminist sexuality studies, with a particular emphasis on the interdisciplinary study of culture.