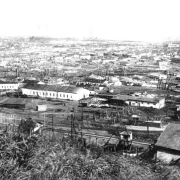 The Great Terror in the Soviet Union not only affected hundreds of thousands of Soviet citizens but also tens of thousands of foreign political activists as well as non- political migrants sheltering and working on Soviet soil. By analysing life-writing sources of Iranian survivors of Soviet labour camps as well as newly released materials from Russian archives, especially the minutes of prisoner interrogations and transcripts of their trials, this talk aims to present a detailed and nuanced picture of the life and times of the Iranian community in the Soviet Union during the 1930s and 1940s. Furthermore, the talk will examine the question of whether there was an ethnic dimension to the Stalinist purge: specifically, whether Iranians were treated differently than Russians or other non-Russian ethnic groups.