Out of synch: José Luis López Vázquez, performance and sound in Spanish film 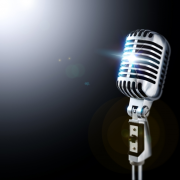 Part of the Spanish and Portuguese Seminar Series

Until the 1970s, Spanish film used postsynchronised sound, in which actors would dub their own voices during postproduction. Quite often out of synch with the accompanying image, the constraints of sound technology helped to forge a distinctive mode of performance in Spanish film - one which privileged exuberant gestures over interiority, and anarchy over order. In particular, this paper explores the relationship between technology and vocal performance in Spanish cinema through a discussion of the late comedic Spanish actor, José Luis López Vázquez. It argues that his performances - and, in particular, the sound design on which they depended - further illuminate the dynamics of Spanish society in the 1960s and 1970s, whose everyday rhythms were out of synch with the modernised narrative of the nation that the Franco regime attempted to project.