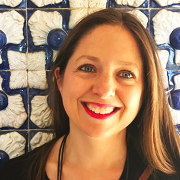 The Global Development Institute is pleased to host Prof Kate Brickell as part of the GDI Lecture Series, talking about: Blood Bricks: Untold Stories of Modern Slavery and Climate Change from Cambodia

Cambodia is in the midst of a construction boom. The building of office blocks, factories, condominiums, housing estates, hotels, and shopping malls is pushing its capital city upwards. But this vertical drive into the skies, and the country’s status as one of Asia’s fastest growing economies, hides a darker side to Phnom Penh’s ascent. Building projects demand bricks in large quantities and there is a profitable domestic brick production industry using multi-generational workforces of debt-bonded adults and children to supply them.

Moving from the city, to the brick kiln, and finally back to the rural villages once called home, the talk traces how urban ‘development’ is built on unsustainable levels of debt taken on by rural families struggling to farm in one of the most climate vulnerable countries in the world. Phnom Penh is being built not only on the foundation of blood bricks, but also climate change as a key driver of debt and entry into modern slavery in brick kilns. Blood bricks embody the converging traumas of modern slavery and climate change in our urban age.

The study (2017-2019) was co-funded by the Economic and Social Research Council (ESRC) and Department for International Development (DFID). For more information see www.projectbloodbricks.org.

Biography: Katherine Brickell is Professor of Human Geography at Royal Holloway, University of London (RHUL) and Principal Investigator of the ‘Blood Bricks’ study. She is Director of the Geopolitics, Development, Security, and Justice Research Group at RHUL; editor of the journal Gender, Place and Culture; and has successfully led two ESRC-DFID grants on human rights issues in Cambodia. Her research has been published in leading academic journals in geography, development studies, and women’s studies. Books she has co-edited include The Handbook of Contemporary Cambodia (2017); Geographies of Forced Eviction (2017) and Translocal Geographies (2011). Her new monograph Home SOS: Gender, Violence and Survival in Crisis Ordinary Cambodia will be published in 2019. For her research excellence she has been awarded the Royal Geographical Society Gill Memorial Award (2014) and Philip Leverhulme Prize (2016).