Professor Bruno Latour: Does our conception and practice of the modern European ‘body politic’ need a new body when confronted by the challenges posed by our new climatic regime? 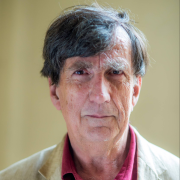 As part of his appointment as Simon and Hallsworth Visiting Professor 2017/18 Bruno Latour will be giving a public lecture at the University of Manchester at 9.30am on 1 September 2017 (Renold Building, room C16). Introduced by University President Professor Dame Nancy Rothwell, Latour will addresses the question as to whether our conception and practice of the modern European ‘body politic’ needs a new body when confronted by the challenges posed by our new climatic regime.

To withdraw inside the narrow limits of nation-states is the surest way to threaten the safety and livelihood of those same nation-states, and even, for some low lying countries, to risk their existence altogether. If we accept to define Real-Politick as a selfish defense of one’s own national interest, then it should be realistic to take into account all those external factors on which the self depends. In some ways, this is what brought the 189 nation-states to some sort of agreement in Paris in December 2015: even if they reacted much too late, it is in the name of Real Politick that they were forced to take into account the legitimate power of the climate that ignores all national boundaries but that weighs on all of them. Nations did not stop to pursue their interests, but they were forced to accept that those interests were entangled in such a way that drawing the precise limits of those interests had become impossible. Even if you suppose that hard-nose geo-politics obliges States to remain selfish, you will have to recognize how terribly difficult it is for any one of them to draw the exact boundary around the self at the time of ecological crisis.

Bruno Latour is one of the leading figures in contemporary philosophical and social scientific thought. He established his reputation as one of the most influential figures in science and technology studies, but the significance of his work reaches out to a much broader audience where he is recognised as one of the most original thinkers in contemporary continental philosophy and the humanities and the arts in general. In addition to work in philosophy, history, sociology and anthropology of science, he has collaborated into many studies in science policy and research management. His reputation was established with his ground breaking 1979 co-authored book (with Steve Woolgar) Laboratory Life: the construction of scientific facts (Princeton University Press) which was followed in 1984 with Les Microbes: guerre et paix, suivi de Irréductions (translated as The Pasteurization of France (Harvard University Press)) and Science in Action (1986, Harvard University Press). He has also published a field study on an automatic subway system, Aramis or the love of technology, and an essay on symmetric anthropology: We have never been modern (both with Harvard and now translated in 22 languages). With the same publisher, he also published a series of essays, Pandora's Hope: Essays in the Reality of Science Studies. In recent years the philosophical ambitions and significance of his work have been ‘confessed’ in the English translation of his work An Inquiry into Modes of Existence (2013, Harvard University Press) and with the publication of Reset Modernity (MIT Press, 2016).

The University of Manchester is honoured to host Bruno Latour, a recipient of many awards including the Holberg Memorial Prize in 2013, which is the closest equivalent to the Nobel Prize for humanities and social science granted annually to scholars who have made outstanding contributions to research in the arts, humanities, the social sciences, law or theology. The prize committee stated: "Bruno Latour has undertaken an ambitious analysis and reinterpretation of modernity, and has challenged fundamental concepts such as the distinction between modern and pre-modern, nature and society, human and non-human." The committee defined the impact of Latour's work as “international and far beyond studies of the history of science, art history, history, philosophy, anthropology, geography, theology, literature and law.” In 2013 Latour also presented the prestigious Gifford Series of Lectures in Natural Theology at Edinburgh University and the Tanner lectures at Yale University in 2014. Cornell University have recently honoured his work with a 6 year honoury ‘Professor at large’ appointment and he was made Albertus Magnus professor at the University of Cologne in June 2015. He was awarded the Prix de l’Académie Catholique de France in 2016 and in the same year was made Doctor Honoris Causa, at the University of Edinburgh.