The 100th Anniversary of the Occlusion Process in Extratropical Cyclones 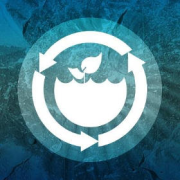 Our speaker is Professor David Schultz from the Department of Earth and Environmental Sciences at The University of Manchester.

On 18 November 1919, meteorologist Tor Bergeron was analyzing the weather map for Norway as he always did when he recognized for the first time that the structure of the extratropical cyclone (ie, low-pressure system) and fronts had EVOLVED. The low that had formed at the boundary between the warm tropical air and cold polar air had evolved to a state where it was entirely surrounded by cold air. Bergeron called this the occlusion process, and it led to the first description of the evolving life cycle of midlatitude low-pressure systems, transforming meteorology forever by providing an accurate and physically-based description of the life cycle of low-pressure systems. The concept of occlusion still is a central component of meteorology today.

Now, 100 years later, we look back at that discovery. What was known before Bergeron, how did he pieced together the evidence for the evolution of low-pressure systems, and how has his discovery survived scrutiny over time. Prof. Schultz will describe how he came to research the occlusion process and lead to a rethinking of this 100-year-old concept. New ideas about occluded cyclones will be presented, including the first-ever cold-type occluded front (long-rumoured to exist, but never demonstrated) and new ideas about factors that control the variety of frontal structures and evolutions in extratropical cyclones.

Coffee and tea will be available after the seminar in the first floor foyer of the Williamson Building.