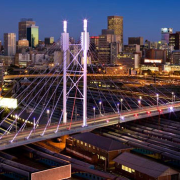 Abstract: South Africa’s cities (particularly Johannesburg) are currently undergoing a large-scale process of inner city regeneration in response to years of neglect and decay brought about through poor planning processes, difficulties in the post-apartheid transition and ineffective decision making and leadership. Much of this renewal has been driven by the need to attract domestic and foreign private investment as well as become more globally competitive. This drive has, however, led to a number of negative consequences for some of the more vulnerable inner city residents of Johannesburg. There has been the blatant neglect of the poor, informal and marginalised and a dramatic widening of urban social inequality, and economic segregation of the city. Inner city residents are finding themselves in spaces that are not sustainable, fair, or resilient. This paper argues that part of the reason this has happened is that local government officials currently find themselves in the midst of an identity crisis when it comes to inner city renewal and development. Instead of taking a step back and engaging the multi-layered nature of city, officials have latched on to a one-dimensional, narrow, singular and contrived urban identity guided by the wish to be globally recognised and ‘World Class’. While it is important for cities to think globally as well as locally, this paper argues that Johannesburg has fallen into the trap of channelling the identity of other cities based on perceived ideas of the ‘ideal city’ and as a reaction to the want to either be or remain relevant in a globalising world. The paper warns against designing cities that are claimed only by a few and which are homogenised under globalisation.