“Under a Diverse Hammer and Sickle: Interlinkages between European and Iranian Communisms, 1917-1991” 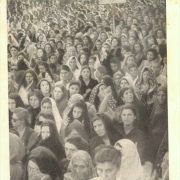 This one-day workshop, sponsored by the SALC Research Network Fund and CIDRAL, will explore the interlinkages and relationship between proponents of different variants of communism in Iran and Europe and the ways through which these variants have influenced the evolution of the Left in Iran during the period of existence of the Soviet Union, 1917-1991. This rationale is driven by the paucity of research done on this dimension of an intrinsically transnational ideology such as 20th century communism, and on the rich potential that a collaborative project with both thematic and geographic tentpoles based on this theme would have for securing external funding.

Thematically, the workshop will look at both structural links (e.g. interaction between the CPSU, Moscow-oriented Communist Parties in Europe and the Communist and Tudeh Parties of Iran; the role of European Maoist movements in the founding of the Iranian counterpart; inspiration and interlinkage between smaller heterodox groups, and on the geographical aspect, with special regards to the role of host political environments vis-à-vis Iranian émigré communities in Europe.

Provisional Title of Papers (To Be Completed):

Attendance is free, but registration is required via email to siavush.randjbar-daemi@manchester.ac.uk . Tea, Coffee and Sandwich Lunch will be provided to registered participants.