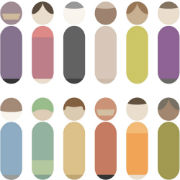 You are warmly invited to the first Sociology seminar of 2017, given by Laura Fenton, Sociology.

Abstract British women's alcohol consumption is widely thought to have increased markedly over the second half of the twentieth century. According to some population health researchers, this rise is due to increasing gender equality and women's 'emancipation' from a traditional gender order. Drawing on my thesis research on the place of alcohol in the day-to-day lives of women born between the 1940s and the 1990s, this paper explores how women's drinking practices are shaped by and evaluated within a gender order that remains to a large extent hierarchical. In particular, women's bodies are a key battleground in how the impact of alcohol is imagined, represented and regulated. The paper focuses on how intimate connections and embodied practices of care become sites for the socio-moral regulation of women's drinking, including forms of self-regulation. Prior to trying to conceive a child, women are encouraged to avoid alcohol or to drink in moderation to protect their fertility (Waggoner, 2013). Most research participants avoided alcohol, felt watched if they did drink, and described 'watching' themselves during pregnancy. Motherhood subsequently introduced new demands, eliciting creative strategies for 'hiding' rare instances of drunkenness from children's view. However, while motherhood and its precursors are particularly potent sites for the socio-moral regulation of women's drinking, the paper explores how double standards of judgment similarly operate in contexts involving other kinds of embodied practices of care, namely friendship and heterosexual intimacies. The paper concludes by offering some initial reflections on the implications of the research for theories and scholarship on gender, care and alcohol.