CHINA: JOURNEY TO THE EAST 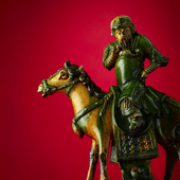 China's long history of innovation in technology, science and the arts has created one of the most important and influential civilisations in world history. Find out about its global impact in this major exhibition combining fantastic objects from the British Museum with stories from one of the world's fastest growing economies.

From the world's earliest porcelain to shadow puppets and wei qi (Chinese Chess). From picnics and coca cola to afterlife jam tarts and a pillow wishing everlasting peace. Soak up 3,000 years of history and culture right up to the present day through objects from the British Museum, alongside photos and mementoes of modern day Wuhan, Manchester's sister city in China.