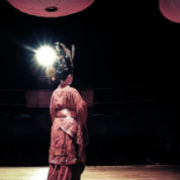 2017 marks twenty years since Hong Kong was handed back to China. Timed with this anniversary, the Chinese Film Forum UK is pleased to collaborate with Create Hong Kong and the Hong Kong Economic and Trade Office London, with the project managed by the Hong Kong International Film Festival Society, to offer a specially selected season of work that reflects both the excellence and diversity of contemporary filmmaking in Hong Kong.

Maybe not the production powerhouse it once was, Creative Visions reflects the richness of work being produced in what is still one of East Asia’s most significant film industries. Beginning with a restoration of Fruit Chan’s landmark Made in Hong Kong (1997), the season encompasses respected names, such as Johnnie To represented by the brilliantly absurdist Running on Karma (2003) and the socially engaged Life without Principle (2011), and lesser-known classics such as Patrick Tam’s multi-award winning After this our Exile (2006). In addition we will celebrate the work of Hong Kong maverick Herman Yau, whose 2016 horror film Nessun Dorma will provide chills over the Halloween period.

More titles to be confirmed along with guests: http://events.manchester.ac.uk/event/event:ut7-j6z8ph19-xyjilq/creative-visions-hong-kong-cinema-1997-2017#travelinfo