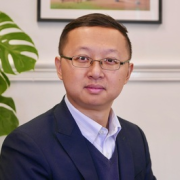 Political scientists have produced a voluminous amount of literature on the subject of 'guanxi', the Chinese term for particularistic ties. Much of the work has focused on its role in an authoritarian context, such as the impact of guanxi on China’s economic growth, cadre promotion, and reciprocation. But how does guanxi influence democracy?

This study explores the way that guanxi shapes political representation in Taiwanese democracy. Drawing on evidence from both in-depth interviews and a survey experiment, I argue that guanxi perception affects the priorities that voters emphasise when evaluating an MP. It finds that viewing Taiwan as a guanxi-based society motivated voters to favour a legislator stressing constituency service, namely, tackling personal issues on behalf of individual voters. The study sheds some light on the future of democratisation in East Asia, and this talk will aim to explore these themes further and stimulate debate on the topic.

Biography: Tao Wang is a doctoral researcher in politics at the University of Manchester. His ongoing work centres on political culture, political representation and nationalism, with a focus on Taiwan and mainland China.