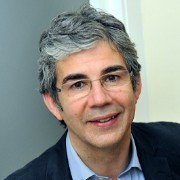 David Nott is the most experienced trauma surgeon in the world. In his fascinating book, War Doctor, he recounts learning to perform an emergency caesarean section in Kabul, following directions sent by text to amputate an upper arm and shoulder in the Democratic Republic of the Congo, and removing a detonator from a woman’s leg in Syria. Driven not only by the desire to help others but also the thrill of danger, David discusses his many close encounters with death and the decisions that led to him establishing the David Nott Foundation with his wife, Elly.

Presented by Manchester Literature Festival in partnership with the Centre for New Writing and Creative Manchester.