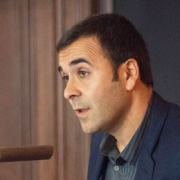 Keynote Lecture for the "Expectations and Realities: How the First World War arrived in the Middle East and the Persianate World" conference convened by Dr Oliver Bast (SALC, History) on behalf of CASAW and BIPS and with the support of BRISMES.

Abstract: A century after it took place, the First World War as experienced in the Middle East has remained largely unknown. Those who do remember the Ottomans typically think of them as the owners of a peripheral stage on which the main actors were outsiders: Germans declaring jihad, Australians and New Zealanders perishing on the Gallipoli peninsula, Sykes and Picot parcelling out the Arab lands (into future Western “mandates”), T.E. Lawrence setting the spark for the so-called Arab Revolt, and Lord Balfour’s letter, pledging British support for “the establishment in Palestine of a national home for the Jewish people.” Why did the Ottomans enter the First World War? With three wars just behind them – one with Italy and two in the Balkans – the Ottomans might have stayed away from yet another war in 1914. Were Ottoman leaders “simple-minded” individuals, as one historian put it? Were they blinded by German gold, dazzled by German promises? Or, perhaps, did Berlin force them into war, as has also been claimed? This talk reconsiders the Ottoman entry into the war by examining Ottoman thinking behind the decision for war in 1914. It emphasizes a local history of the war, one in which the Near Eastern theatre, the Ottoman state, and the various Ottoman peoples are treated as subjects in their own right.