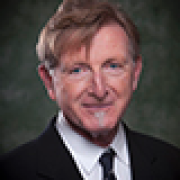 Since early 2014 I have begun to refer openly to the extremism emerging around us as fascism, as fascism of and in our time, a fascism that has distinctive contemporary features that are not fully nor necessarily congruent with its historical manifestations. Over the course of three decades I have observed the accretion of political agendas that we term—far too simplistically—the “extreme right,” “the nationalist right,” or “the populist right” to yield a contemporary fascism: a fascism enacted in our midst at “at eye-level.” If what we are encountering is indeed fascism then we are confronted with one overriding question: How and why have the most discredited ideas and sensibilities of the modern era—ideas that yielded the indelible horrors of the twentieth century—become persuasive, compelling even, in the new century?

I take the position that it is not their alien nature that makes the ideas that animate contemporary configurations of fascism “dangerous,” but rather their proximity to conventional, indeed glorified, values that underwrite the European intellectual tradition. I also argue that anthropological modes of thought are implicated, fully implicated, in the story. Thus my research is not solely about the anthropology of fascism, but also an inquiry into the “anthropology” that operates within fascism: How an illiberal philosophy—predicated on the strident discrimination of cultural affinity and difference is inspiring a wide ranging political insurgency across Europe. At eye-level fascism is emphatically future-oriented—manifest in deeply held convictions concerning the nature of human collectivities that are aligned with distinctive understandings of individuals’ capacities to think, feel, experience, and act.