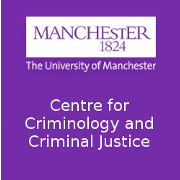 In recent decades violence became a key issue and a political rallying point for gay, lesbian and allied activists around the globe. Community groups have petitioned police and criminal justice officials in liberal states for expanded protection and the recognition of legitimate victimhood in cases of hate crime. For a few observers, the controversial police brutality and abuse at Sydney’s 2013 Mardi Gras parade and party seemed to be just part of a continuous history of state intolerance and trouble with police. Many others had thought that police relations could never revert back to such friction after decades of community liaison in a city known for its sexual diversity and public queer culture. This friction has surfaced in other ways. Currently, police have disappointed the queer community with their dismissive response to calls for the open acknowledgment of historical failures in the investigation of gay-hate killings. This presentation argues that confusion about recent police hostility reflects myopia about a targeting of other minorities and the general demise of community policing in favour of repressive practices to deal with threats to public order. The local physical memorialisation of anti-queer violence and tone of “anti-homophobia’ campaigns, can downplay links with general issues of urban justice, inclusion and safety.