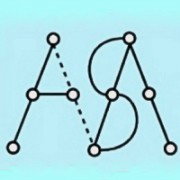 Much of the work in the sociology of science observes scientific communities from a micro perspective, focusing on interactions in laboratories in order to uncover the impact of social and cultural norms in the everyday production of scientific results. Other studies approach the topic from a macro perspective, analysing scientific organizations and the reciprocal influence they have with wider society, or uncovering the invisible colleges that become apparent through the analysis of co-authorship and citations’ patterns. Less attention has been paid to the meso level of interactions within and between scientists and the institutions they work in. This paper extends the structural approach of Lazega et al. (2008) and analyses the local system of public funding to academic disciplines in Italy using multilevel networks. Data cover 12 years (1999 – 2011) of Projects of National Interest (Prin) funding from the Italian Ministry of University and Research, in all the disciplinary areas of academia. These areas are institutionally identified in 14 macro areas, internally subdivided in intra-disciplinary sectors. Projects are organised around a national coordination unit, which manages local units normally based in different universities. The micro (collaborations between scientists), macro (collaborations between institutions and disciplines) and meso level (the combination of network measures at a micro and macro level) of interactions are analysed. We then regress the total amount of money that researchers have received over the 10 years against the variables that meaningful describe the network structures of collaborations to research projects. We control for structural dependency using a network disturbance models. Results of the regression models are then compared across fields, to observe the individual and structural characteristics that significantly correlate with success in obtaining funding.